Saturday, August 07, 2010
Moving the efforts As I've neglected this blog for a good six months, it's time to move the efforts elsewhere. I've loved pushing myself to write, and to publish, and I've been truly grateful for your comments, and have loved getting to know some of you through your writing. If you're curious, please check out Next Blog Poetry, where I've decided to run with (or at least trot with) one of my favorite ideas to come out of this endeavor.  ¶ 12:37 PM 0 comments

Saturday, January 09, 2010
Why I Should Be Allowed To Call Myself 'Retarded' I'm a teacher, so I know all about the scarring effects of name-calling. I also know that words have a lot of power and can contain violence.

This week I think I may have said "I feel retarded" to a Special Ed teacher.

I was driving home when I realized this and felt horrified. But then I thought, 'retarded' really just means 'slow,' like a retard in music. I was feeling retarded when I asked the question of my colleague. Not fundamentally different in intellectual capacity than an average woman of my age. Just slow.

It wasn't until the mid-seventies that children with disabilities were declared legally deserving of a free and appropriate public education. Before that, if you had braces on your legs and couldn't handle the stairs up to Biology, they could shut the doors on you and say, "Sorry, no thanks." If you had a learning disability you'd probably just be tracked into a vocational course at school, and if you had Down Syndrome, nobody would even think of sending you.

Before that, the preferred term was "Feeble Minded," an umbrella which could include everyone from the insane to the developmentally disabled to the promiscuous or just plain rebellious, especially if you were a woman. These people, so labeled, often ended up on "farms," sprawling campuses with dormitories and manual labor and often some form of abuse, including forced sterilization.

So it hasn't been very long that civil rights and liberties have been guaranteed to people with disabilities in this country, and things like IDEA and the ADA were huge steps up. Of course, prejudice persists. Once mainstreamed into the general population, at least at school, all the childhood stories with disfigured, limping 'monsters' predisposed lots of kids to fear. It's getting better, but still isn't a great situation, as with most prejudices.

But these kids, in classes, were called "retarded," because they were slower than the average kid. Then the average kids started calling each other 'retarded' when they said something stupid, and the whole thing went downhill. It's not the most flattering name in the best of circumstances, I admit. But it is a fun word to say aloud.

Being aware of how far we've come in being sensitive to differing abilities, and how far we still have to go, when I recognize slowness in myself, shouldn't I be able to identify it with a cool-sounding word like 'retarded'? If I don't apply it to anyone else? I didn't feel stupid when I had a question for the Special Ed teacher. I just felt, well, sort of slow.  ¶ 5:22 PM 3 comments

Thursday, December 17, 2009
Wonderturtle... ...has a cold.
...has been overwhelmed with professional and personal committments.
...has been planning the wedding.
...has not gotten any of her holiday shopping done. Any of it.
...has started thinking in mundane, snarky, one-sentence observations, instead of paragraph-long, poignant observations with ironic accompanying pictures.
...feels bad about not blogging.
...feels good about getting many comments on her mundane, one-sentence 'updates.'
...knows that it's Facebook that has (hopefully temporarily) muffled her creativity.
...held out for a really long time before succumbing!
...sees its merits.
...will be back.  ¶ 7:52 PM 5 comments

Saturday, October 03, 2009
Why I Don't Watch Television, or Brooke Shields Why? I don't have television anymore, primarily because I am very susceptible to advertising, and I think it is evil. However, I still enjoy some television shows, which is why the Internet is wonderful. Lately though, my excellent ad-blocking software has opened a loophole that allows my favorite online television site to squeeze through 10- and 30-second ads in my programming. This is infuriating, but I can usually ignore or quickly mute them.

This week, though, Brooke Shields appeared on my computer lamenting her "inadequate or not enough" eyelashes. Another makeup ad, I assumed. But no, Brookie is now shilling a medication to grow thicker eyelashes. If you don't believe, watch it here, and take special note of the bizarre side effect warnings. It could be a great SNL digital short if it weren't so completely horrifying. And if another news story hadn't just popped up on my Google News Spotlight about another woman who fell into a coma and became braindead after a "routine liposuction." And my students still tell me that feminism is no longer relevant, or needed.  ¶ 10:34 AM 5 comments

Friday, September 25, 2009
New Blog Please be sure to check out The Goddess Writes, gorgeously and hilariously written by my dear friend Elizabeth. My favorite sentence so far:

"In these dreams, there was nothing anyone could do to stop me. I was a penguin kicking bad-ass."

Sunday, September 20, 2009
Unsettling Thoughts On A Tragic Death Made Symbolic 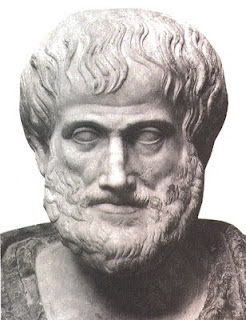 Like many others I've been following a Connecticut murder case involving a pretty young woman whose body was found stuffed in a wall on the day she was supposed to be married. Just as I was starting to think up a blog post about my shame in this voyeurism, about all the disappearances and murders that aren't covered by the national media or cared about by so many, articles started popping up in Google News to that very effect. The comments section of this article, while disturbing, got me thinking about what draws our attention to certain tragic stories, and it made me think about old Aristotle and the classic tragic hero. So the question is, are we gruesomely fascinated by Annie Le because she was "true to life and yet more beautiful," because her plot was "of a certain magnitude"? I teach my students about Oedipus, Macbeth, Antigone. Do we find it so hard to look away because it's scary that this could happen to someone so high up on the social ladder? Does it make us feel more vulnerable? Or is there some creeping schadenfreude that reassures us that intelligence, beauty, money and power don't insulate people from random cruelty and violence? That wants to generate some rationale, some narrative, to show that she must have had some hubris, done something to cause this, that it couldn't have been so random, so violent? That wants to see how the mighty have fallen? Here is a woman who was killed. She is one of many who are not so roundly mourned but also not so roundly analyzed. She is not one of many but only herself, and irreplaceable.  ¶ 5:05 PM 5 comments

In a move that seems to amuse only me, I pull lines from the blogs I hit on the Next Blog button, and arrange them into found poem form.

Theories To Help You With Your Life